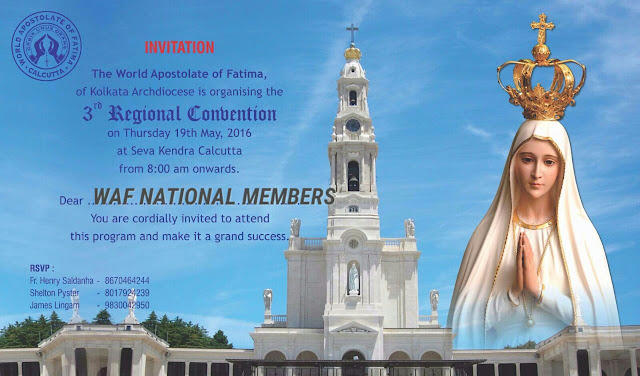 The day started early at 6:00 a.m. with Holy Mass for the National Delegates, at the tomb of Blessed Teresa of Kolkata.  This was concelebrated by His Grace, Thomas D’Souza – Archbishop of Kolkata and also by Bishop Peter Machado, Bishop of Belgaum and Ecclesiastical Advisor of World Apostolate of Fatima. 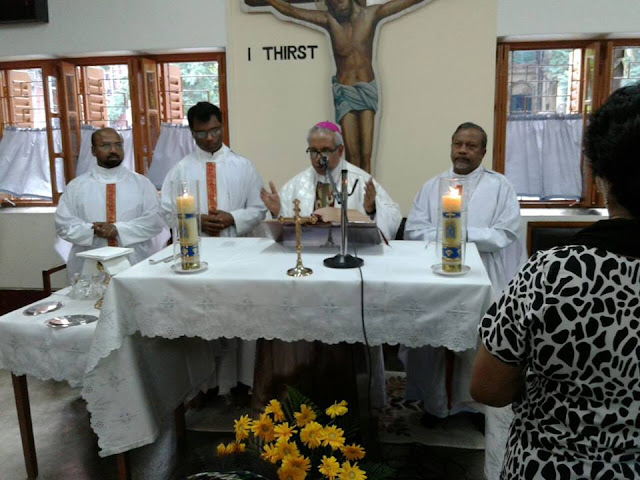 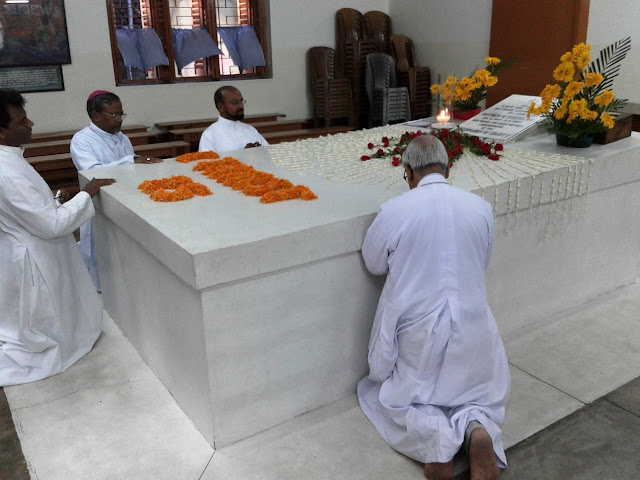 Thereafter, having arrived at Seva  Kendra, Kolkata, the venue for the days Convention, after completing the registration formality and breakfast, the Inaugural function followed in the Mother Teresa Hall, welcoming and felicitating the dignitaries with garlands and bouquets and also chandan (sandalwood paste) tika was applied on all the delegates, starting with the dignitaries. 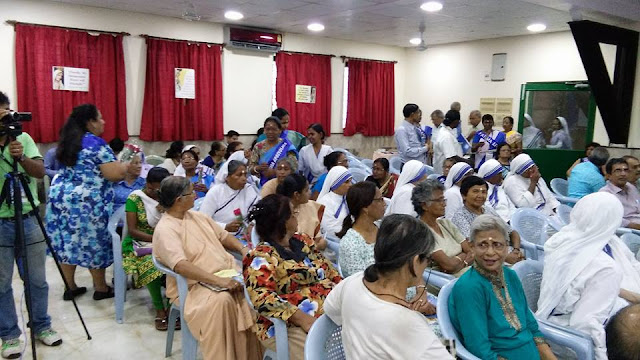 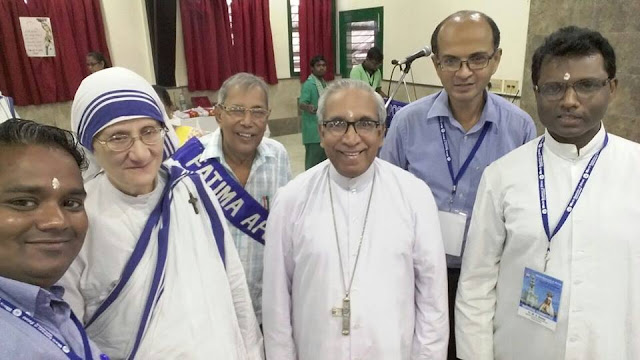 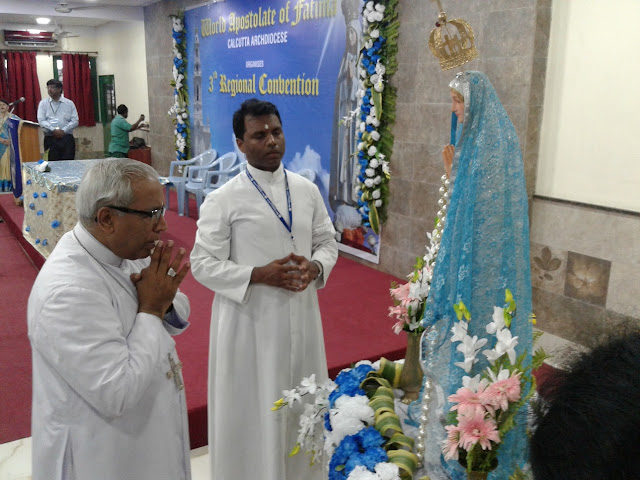 Then the Statue of Our Lady of Fatima was crowned by the Archbishop. The dignitaries spoke briefly on Our Lady of Fatima. Sr Prema focussed on the devotion to the Immaculate heart of Mary. Vicar General Rev Fr Domnic Gomes was also present. Suddenly, there was much needed rain, which gave relief from the sweltering heat. 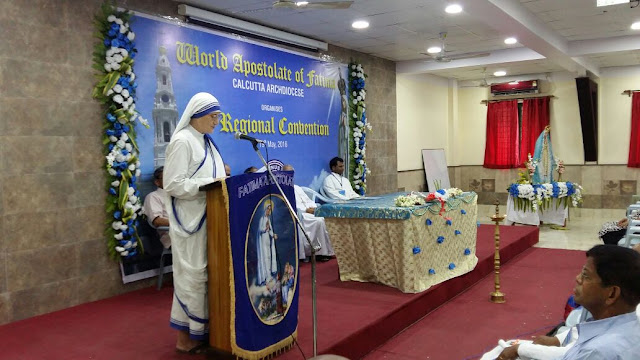 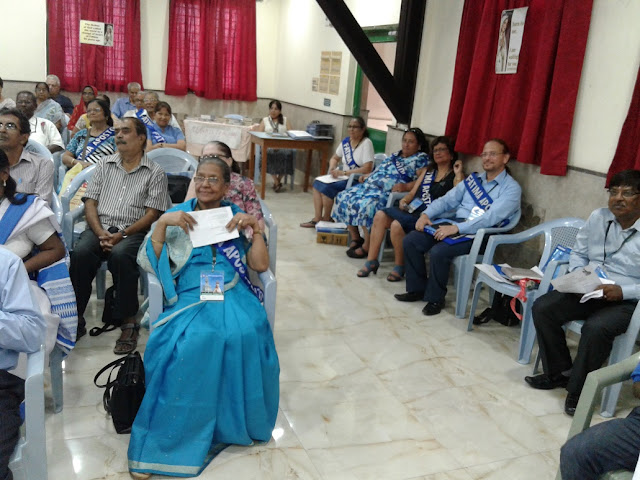 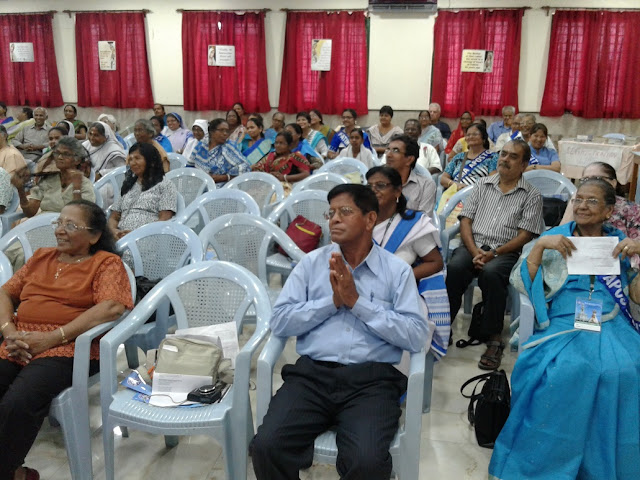 Then followed a concelebrated High Mass after midday by the Archbishop and Bishop and a host of other priests.  During the Mass the pledge vows were taken by almost all present with lit candles.  The choir was well organised by youth. After Mass a beautiful special Centenary cake with the picture of Our Lady of Fatima and the 3 children, was cut by the Archbishop of Kolkata and the dignitaries joined in.  Before leaving the hall for lunch, each delegate was presented with a Rosary and Brown Scapular. 170 attended including 9 Priests and 6 National Team members. 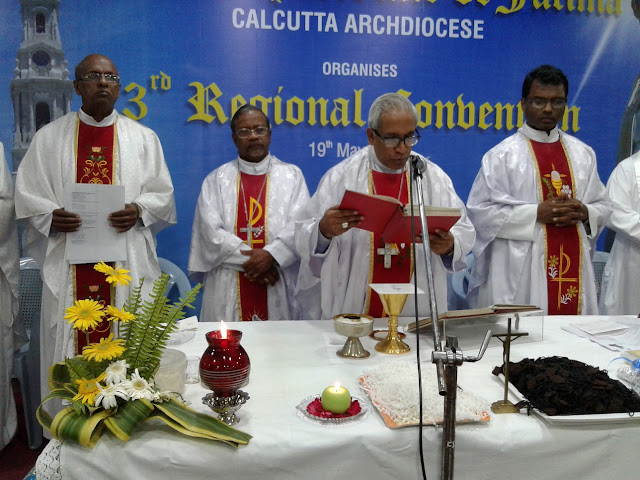 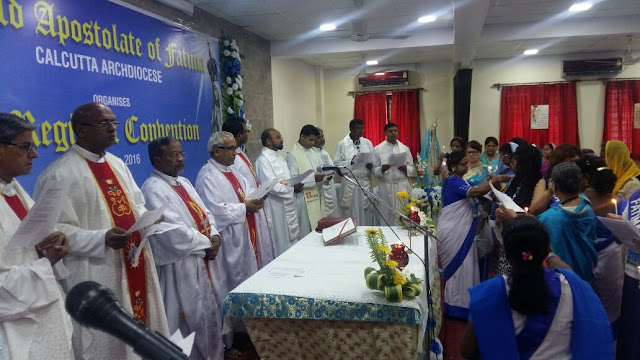 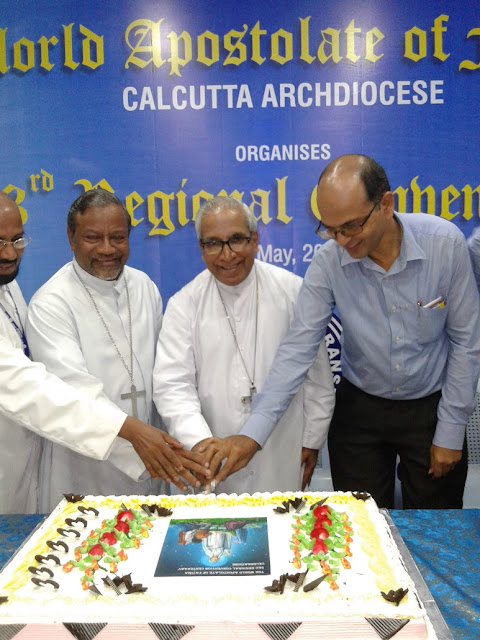 Around 3:00 p.m. after lunch, all the World Apostolate of Fatima Members from 3 Dioceses from West Bengal Region with the National Team again assembled in the hall to meet and form the Regional Body which was conducted through elections. The other most important point was how to celebrate the Centenary Celebrations.   It was decided to support the traditional Bandel celebrations on Sunday, 5 Feb 2017. This meeting was chaired by Rev. Fr. Henry Saldanha – Spiritual Advisor (WAF-Kolkata). 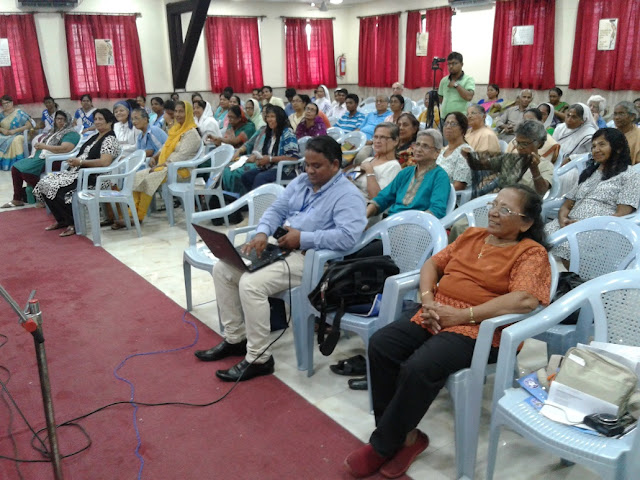 3.    The West Bengal Regional Centenary celebrations will be launched at Raiganj on Mon, 20Th Feb 2017, Feasts of Blesseds Francisco and Jacinta.

5.    Relic of Blessed Francisco and Jacinta, for healing and driving away evil spirits handed over to Archbishop. 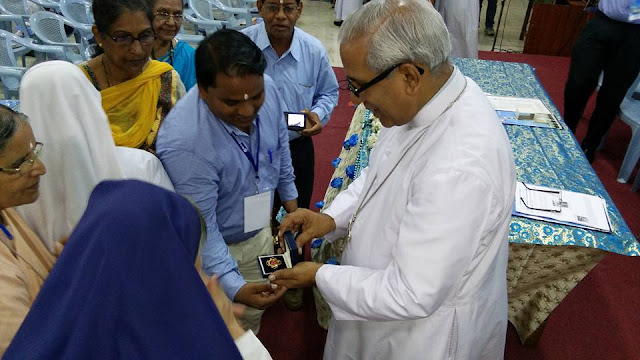 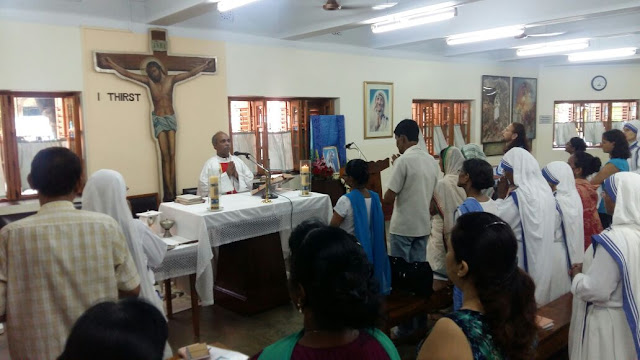 6.    Blessed Teresa of Calcutta’s Missionaries of Charity Mother house invited WAF Calcutta for Inaugural Mass at Mother’s tomb on 4th June 2016, First Saturday and Memorial of the Immaculate Heart of Mary, to begin the First Saturdays Reparation. This will be a regular practice every First Saturday.